Including The Legendary Stainless Steel Patek Philippe 1518 – One of the World’s Rarest Collector’s Watches – as Part of an Unprecedented Trilogy of the Historic Reference
To Take Place in Geneva on 12 & 13 November 2016
Highlights on View in Hong Kong, New York, London and Geneva

Following the record-breaking Spring season which established Phillips as the global market leader in watch auctions, Phillips in Association with Bacs & Russo is delighted to announce a double evening sale dedicated once again to the world’s finest collectible timepieces. Taking place on 12 & 13 November 2016 at Hôtel La Réserve in Geneva, highlights from the sale will be on exhibition in Hong Kong (1 to 5 October), New York (13 to 17 October), and London (22 to 24 October) prior to the pre-sale exhibition in Geneva beginning on 10 November. On view will be the featured top lot – the ne plus ultra of collectible watches – the stainless steel Patek Philippe reference 1518 previously announced here in July.

The Geneva Watch Auction: FOUR to feature an unprecedented triad of all metals of the Patek Philippe reference 1518, amongst many other superb timepieces:

Faithful to its relentless focus on quality, the Phillips Watches team of specialists is proud to offer, for the first time ever in a single sale, all case material configurations produced for the historical Patek Philippe reference 1518. Each example is amongst the finest known in the international community in terms of provenance, originality, and their immaculately well-preserved condition. The world’s first perpetual calendar chronograph produced in series, only 281 examples were made – the vast majority in yellow gold, approximately 44 known in pink gold, and only four known in stainless steel. The timepieces are individually estimated at:

The present reference 6085 is a highly important, possibly unique Rolex wristwatch fitted with a spectacular cloisonné dial depicting a coveted dragon. Rolex wristwatches fitted with cloisonné enamel dials are amongst the world’s most desirable collectible watches. Those depicting a dragon are considered the ultimate motif for the most discerning collectors. Scholarship indicates that only five Dragon dial Rolex models are known to date, each housed in a different reference making this reference 6085 most likely unique. This example’s stunning beauty, uniqueness, and exceptional craftsmanship demonstrate in every way that this was a true Rolex masterpiece when made in 1951. Over 60 years later, it remains a treasure worthy of crowning the world’s finest collections.

The reference 3330, along with the reference 3335, is considered amongst the rarest and largest pre-Oyster Rolex chronographs ever produced by the firm. Produced in the 1940s, they boasted large cases, unique for the majority of watch brands during this time period, with a diameter of 37 mm. Only a handful of the reference have appeared at auction in the past 15 years, underscoring this model’s utter exclusivity, and the present example in pink gold is, without exaggeration, the world’s most beautiful and best preserved example of the reference one could hope to obtain. Fitted with its original rose-colored, multi-scale dial, every element of the watch is in absolutely pristine condition likely having spent its lifetime of 70 years unused in a safe.

Made in the 1950s, Rolex reference 6538 is known by two nick names, the “James Bond” due to the watch’s appearance on Sean Connery’s wrist in Dr. No, and also by the name “Big Crown” due to its oversized winding crown. A rare and highly desirable “4-liner” variant referring to the four lines of text found on the dial at 6 o’clock, this watch is in our opinion, the most important reference 6538 known in the collecting community due to the spectacular “tropical” dial having aged to a superb and uniform shade of tropical brown. Due to its overall immaculate state of preservation, the present watch holds the record for the highest price ever realized at auction for a Submariner, further highlighting its importance. It is an ultimate trophy for collectors of rare Rolex sports watches.

This fresh-to-the-auction market and previously unknown reference 6263 Cosmograph Daytona “Paul Newman Panda” is, according to scholarship, the only known and correct example retailed by Tiffany & Co. Rolex’s exotic dial for the Cosmograph Daytona, with its Art Deco-inspired flare, became known as the “Paul Newman” after the famous actor who wore one for many years. Its combination of utter rarity, exclusivity, and superb state of preservation make this one of the most important and valuable Daytonas in the collecting community, and a trophy watch worthy of a prominent place in the world’s finest collections.

A superb and unique stainless steel example of Patek Philippe’s reference 565 – one of the brand’s most iconic time-only watches from the 1940s. The original owner of this timepiece was a night watchman for Patek Philippe who was gifted the present watch by the firm in recognition of his work and dedication. The black dial with radium numerals and hands was made for ease of use in low light during the guard’s night shifts. Preserved in stunning condition, it is the only known example of its type, making it a unique piece.

Exceptionally rare and stunning, the present Rolex Cosmograph Daytona, reference 6239, is fitted with the only known Paul Newman dial bearing the prestigious “LINZ” retailer signature. This Texas-based retailer was founded in 1877 and for generations, was one of the U.S.’s earliest and most influential luxury watch retailers. Made in 1968, it is one of the rarest examples of the Daytona reference 6239 known to exist. Linz’s unforgettable logo, with the letter N printed backwards, adds an eccentric and enchanting element to the dial that makes it extremely desirable to collectors.

An absolutely fresh-to-the-market pair of complicated vintage Rolex chronograph watches coming from the descendent of their original owner, each superb examples, and each purchased from the same Croatia-based retailer, Enrico Nattich. The first is one of the most exciting Dato Compax examples to appear on the market in recent memory. Launched in 1947 and known as the “Jean Claude Killy”, the reference 4767 Dato Compax was Rolex’s first triple calendar chronograph wristwatch in an Oyster case and one of the most complicated watches ever made by the brand. The original owner enjoyed wearing this beautifully preserved watch, fitted with a rare champagne dial, only on weekends. During the week, he chose to wear the stainless steel reference 3525 presented here as his “everyday” watch. Clearly a gentleman of exquisite taste, this reference 3525 is as stunning as the reference 4767 he selected, with a rare black dial that has aged to a wonderful shade of dark brown. Both come accompanied with their original, signed Enrico Nattich Rolex boxes, and each is exceptionally well preserved and in superb condition.

Even before NASA’s most famous Apollo 11 moon landing mission, and under the cover of the codename “ALASKA Project”, OMEGA was working on a secret project to create the perfect space watch. Widely considered as the “holy grail” Omega Speedmaster throughout the collector community, the watch comes accompanied with an additional very large, red anodized aluminum case which serves as a protective heat shield. What makes this lot exceptional is its highly coveted, matte white dial with black racing hands and “Apollo” style register hands.
Made in 1970, scholarship suggests this is one of only three examples of the “ALASKA II” project watch with the original red protective case – one residing permanently in the Omega Museum and the other in a prominent private collection. This prototype watch is therefore amongst the rarest of all Speedmasters.

For car aficionados, we are proud to offer a very rare and attractive Breguet Type ‘XX’ formerly the property of the late Sir Jack Brabham, the three-time world champion of Formula 1 car racing (2 April 1926 – 19 May 2014). Brabham won the Formula One World Championships in 1959, 1960 and 1966. In 1966 he became the only man to win a championship in a car that he himself built. In the 1960s, Brabham was featured on a number of Esso Extra Motor Oil ads, and to show their appreciation they gifted him with this prestigious Breguet stainless steel chronograph. This watch was sold on May 5, 1960 to Esso Standards, consistent with the engraving on the caseback that reads “Esso J.B. Champion Du Monde 1959”.

The auction will also feature a world-class selection of important and historic military watches made by Rolex for Officine Panerai. The selection includes a very rare reference 3646 Type D made in 1944, a highly desirable reference 6152/1 made in 1955, and an extremely rare reference 6154. Also known as the “Egiziano Piccolo”, less than 20 reference 6154 examples were produced in 1954. Surviving in original, unrestored condition, due to its stunning tropical dial and case condition, no other 6154 is as well documented and prominently published throughout literature as this example. 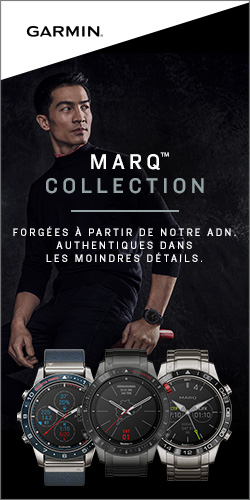