Limited Edition Grand Seiko SBGW047 Tribute to 44GS
Once upon a time, there were three stories. First of all, the story of a meeting, then a discovery and finally, that of an obsession.
Let us begin with the meeting.
The place: the Seiko Watch Company pavilion at BaselWorld2013 then Baselworld2014.
As proud representatives of our French association of watch enthusiasts, a friend and I are welcomed by the Seiko team. During these meetings, our hosts presented us the world of Seiko: the manufacture, its history, its philosophy, its collections among which Grand Seiko and this year’s novelties. I am impressed by the collection presented to us in 2013: a blend of modernity, represented by the contemporary models such as the Solar GPS Astron, and of classicism represented by the Grand Seiko collection. I am particularly admiring the tribute to 44GS of 1967.

I am seduced by the sobriety of the GS44, the discreet overall impression it yields, its moderate size and its classic look, despite its uncommon case. I decide to get information on Seiko. I discover that Seiko is at the same time a vertical integration manufacture (to my surprise I discovered that Seiko makes its own springs and its own integrated circuits) in the purest watch-making tradition but also an innovative brand (inventor of the 1st Astron quartz watch in 1969).
These two aspects do not prevent the brand from respecting and perpetuating its heritage through its current collections. During my research, I realized how fascinating the story of Seiko is and admired the fact that the Grand Seiko collection has maintained its coherence and its founding philosophy over many decades.
The year 2013 ends with a feeling of incompleteness.
Fortunately 2014 is around the corner and on one rainy evening, I have the opportunity to participate in a meeting between Seiko and my association at the Seiko Center located in the heart of the Saint-Germain quarter of Paris. Under the amused eyes of my friends, I spent the whole evening with the Tribute to 44GS on my wrist. That evening, I officially became the happy owner of a GS, thus finishing a quest that had begun the year before.
It’s been a year now that the Tribute to 44GS has been following me in all the moments of my life. In what follows, I propose to present to you a review of my watch.

History of the model

In 1967, Daini Seikosha (today Seiko Instruments) started producing the 44GS model ref. 4420-9000, the first to represent the new Grand Seiko style, a.k.a. “The Grammar of the Design », which we owe to Taro Tanaka. In 2013, to celebrate the 100th anniversary of Seiko watch making, the Shizuku-ishi Watch Studio in Morioka, responsible for the production of the high-end mechanical collections Credor and Grand Seiko, payed a tribute to this model by issuing it again in a new version. For this occasion, the Shizuku-ishi Watch Studio limited itself to only some modifications: The case: “The Grammar of the Design”

The stainless steel case of the SBGW047 reinstates exactly the original design of the 1967 model, in its shape as well as in its size: 37.9 x 11.5 mm. The thickness is thus lower by 1 to 2 mm than the modern Grand Seiko models. Two of the rules promulgated by Taro Tanaka are adopted: mainly flat surfaces, additionally, a quadric surface can be used and straight and sharp edges allowing the polishing technique called Zaratsu or blade polishing.
This technique, entrusted exclusively to the most skillful and most experienced craftsmen, consists in carefully applying a tin plate against the case. The resulting finish presents no imperfections and is incredible to examine through a magnifying glass and also a challenge to be photographed! The lug width is 18 mm, and is representative of that time’s standards. Like all Grand Seiko models, the SBGW047 has a screwed case back allowing at the same time a water tightness of 3 atm and an optimal protection against dust and sweat. The medallion with the Grand Seiko emblem (in gold in the historic model) in the center of the case back is surrounded with inscriptions, some of which differ from those of the 1967 model: The bezel is made of two planar surfaces. They are angled in the case of the 44GS, raising the portion with the dial and the case above the whole case. This layout gives the impression that the case consists of two very different blocks: the middle extended by the lugs on one side and the movement-bezel-crystal on the other side which seems to be inserted in the former. The crown fits into a very light cutout and is integrated perfectly into the case. It allows both functions: winding and hour setting. It is not screwed in and its head is decorated with the GS logo. Its small size is in perfect harmony with the rest of the case. The dial: sobriety and readability

According to another suggestion of Taro Tanaka, the dial is totally flat. As for the whole watch, the clearly stated objective is discretion, simplicity but extreme readability. Cream-colored, it seems pearly white, producing an impression of great serenity. Its literature consists of four lines in different fonts. Seiko and the GS logo are applied but slightly embossed compared to the dial.

No Arabic nor Roman numerals around the dial. The very fine markers representing the minutes are barely noticeable, as if time had also taken the commitment to flow peacefully.

Hands and markers also participate in the perfect readability in all the conditions of light. They both show the perfection of the details and the constancy in the research for the light effects. Indeed, hour and minute hands of Dauphine shape are made of three facets. The almost unnoticeable upper one is brushed, whereas the side facets are polished.
The central second hand, of a much darker color, appears of a tungsten grey. It is blue on the white gold SBGW043 model, so as to differentiate the metal according to the references.
Concerning the indexes, these are simply magnificent and a delight to contemplate through a magnifying glass. They are applied, thick and recall the edgy style of the case with perfectly polished facets. A double index at noon completes the ornament of the dial. The sapphire crystal glass possesses, as in many current realizations, an anti-reflective coating to improve the readability and limit the reverberation. It is about 1 mm high above the bezel, dual-curved, stressing the depth of the dial.

The caliber: a movement dedicated to Grand Seiko

The new edition is an almost exact replica of the original model. That is why, as on the latter, people of Seiko preferred a hand-wound caliber named 9S64, which exists since 2011. It includes some of the last watch-making advances of the Japanese factory. I recall here the characteristics of this movement, given during the release of the limited editions SBGW033, 39 and 40 in August, 2011 for the 130th anniversary of the brand:
I am just pleasantly surprised by how quiet the movement is. In fact, one should really stick his or her ear to the watch case to hear it ticking. The band is in black alligator, doubled with leather and bearing the initials. Scales go hand in hand with the design of the case. I think that Seiko really did an excellent job in terms of taste and coherence. The buckle is a pin buckle of the same metal as the case. It does not bear the inscription Grand Seiko as a lot of limited series but only « SEIKO » in the same police as that of the dial. The back parts of the watch that are in contact with the skin make way for soft edges. Perfect proportions and irreproachable wrist wear make the 62 g of this Grand Seiko very pleasant to wear. The first thank will go to Miss Keiko Naruse who was kind enough to answer my questions and to verify the technical aspects of this review (the remaining errors are mine !). Thank you again for the time that you granted me.
Thank you also to all the people of Seiko present in Basel in 2013 and in 2014, and in particular mister Noboru Miyadera.
This beauty would not be on my wrist without the kind participation of the team of The Seiko Center in Paris. Thanks to you Frédéric as well as to the Seiko France team. Finally, this review is understandable because a friend of mine, Rasika, made an impressive job of english revision! 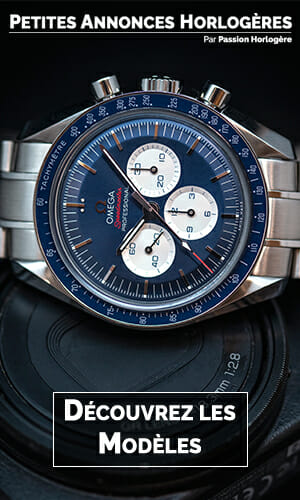